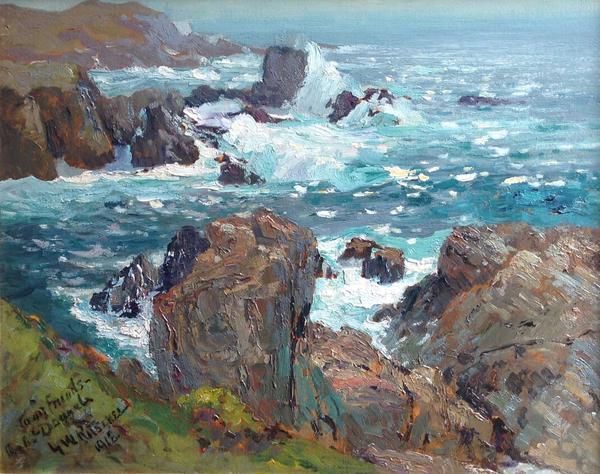 Signed L.L.
Inscribed, signed and dated lower left: 'To my friends, the MacDougals, by W. Ritschel, 1918'. Also inscribed on reverse.
Dr. MacDougal was recognized as the leading American authority on desert ecology. By 1909 he had established a coastal botanical lab for the Carnegie Institute in Carmel and he and Ritschel formed a friendship.