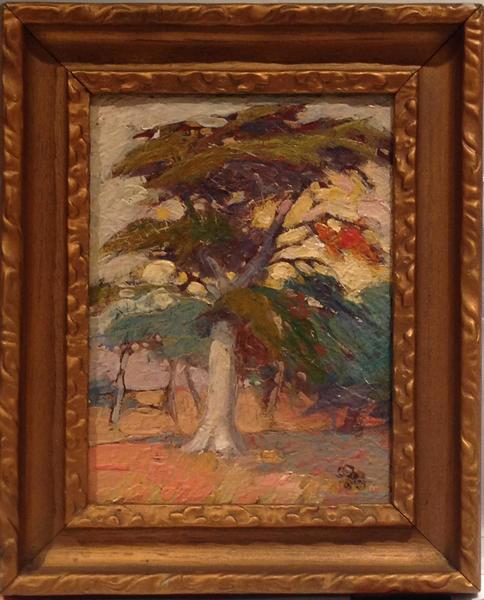 Oil on board
Monogram lower right
Titled and signed on reverse

His art studies began in San Francisco at the Mark Hopkins Institute under Arthur Mathews, where he was a classmate of Thomas A. McGlynn and E. Charlton Fortune. He also studied at the ASL in NYC under Frank Vincent DuMond. The finishing touches to his art training were under Jean Paul Laurens in Paris and in Munich.

He was an early exhibitor at the Hotel Del Monte (1910). Leaving California in 1913, he moved to New York where he established an important craftsman center which specialized in wrought iron. His painting specialty in California had been genre of old Monterey and, after moving to the East, he painted street scenes of New York.
Please visit us at our following locations: