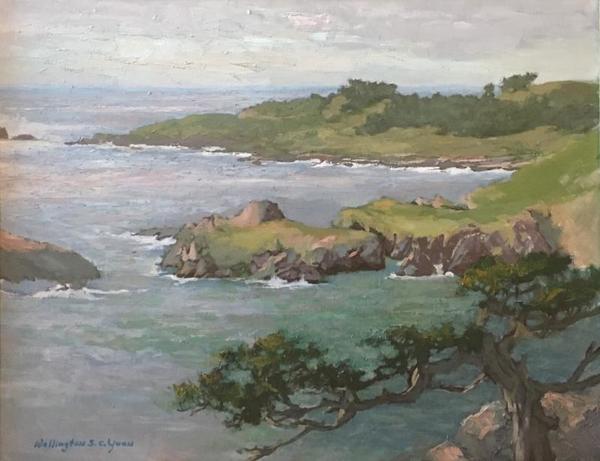 After the war, Yuan returned to eastern China and by 1947 was living in Shanghai. Long a city of foreign concessions, Shanghai had a very western and cosmopolitan air. Here, as was often the custom, Yuan adopted an English name. He chose the name Wellington because he greatly admired the Chinese diplomat, Wellington Koo, who was Ambassador to the United States at the time.

Yuan settled on the Monterey Peninsula in 1952 where he met, befriended and was influenced by artist Armin Hansen.

During his lifetime he was honored with several one-man shows in San Francisco, Boston, and New York, where he showed his traditional as well as his more abstract works. Whenever he entered his paintings in juried shows, he won prizes and top honors. With profound dedication and discipline he created a legacy of paintings rich in beauty and tranquility.
Please visit us at our following locations: