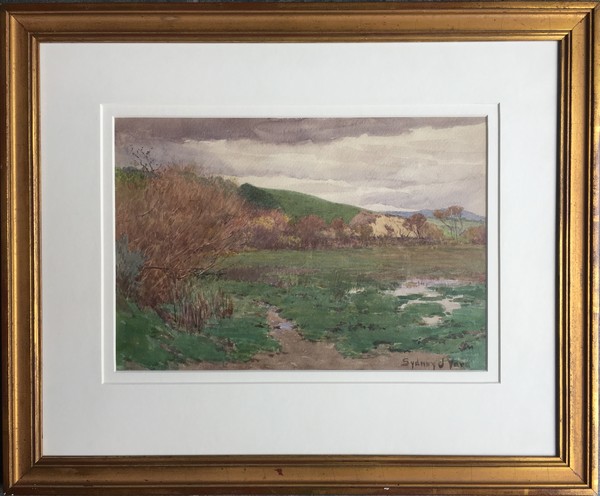 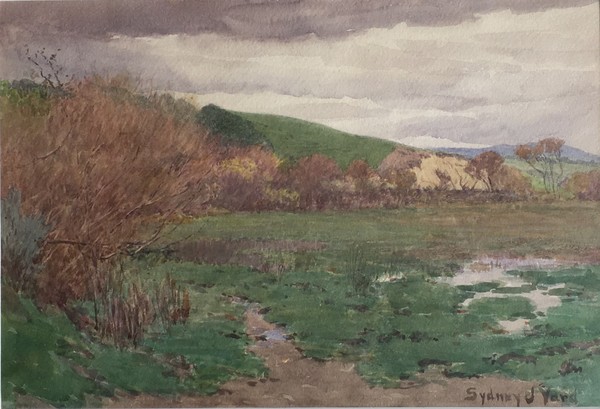 “A painter of California, one of the very few native-born, we have in Sydney Yard, who, from an early meticulous manner, developed a broader and decorative delineation of the northern California landscape. His medium was watercolor, and his sincerely studied and finely patterned small canvases are distributed through many California homes. His work is charming without being weak.” (The History & Ideals of American Art by Eugen Neuhaus, 1931).

A pioneer Carmel artist, Sydney Yard established one of the first studios on Lincoln and Seventh Streets.

Born 1855 in Rockford, Illinois, Yard began his art studies under George J. Robertson. He later studied in the British Isles where he mastered English watercolor techniques under the instruction of Royal Academician Sutton Palmer.

In 1882, after achieving some recognition in New York, Yard moved to California. For the first three years he ran several photography studios in San Jose and Palo Alto with artist friend Andrew Putnam Hill. During this time, he exhibited several paintings at the San Francisco Art Association.

Yard settled permanently in Carmel in 1906. He exhibited frequently at The Del Monte Gallery as well as at several galleries in the San Francisco Bay Area until his death in 1909. Best known for his watercolors, his works are primarily landscapes and coastal scenes of the Monterey Peninsula.
Please visit us at our following locations: